Wilhelm Lang founds TECHNOLIT GmbH in his garage and home.

TECHNOLIT GmbH strives and is highly successful on the market. The turnover as well as the product ranges grow rapidly. This is why the original company premises are now too small. As a result, the first company building is built in the industrial area of Großenlüder.

Foundation of the first Austrian subsidiary.

Establishment of the first sales organisation in the Netherlands.

Foundation of an independent subsidiary in Italy.

1990 is another highly successful year for TECHNOLIT GmbH. The company expands into numerous markets and establishes another sales organisation in Switzerland.

1991 is the "year of new products" with more than 200 items added to the product range. It is also a successful year in terms of the development of the customer base. A French subsidiary is founded in Strasbourg.

The motto of 1992 is "internal expansion". The number of field agents is continuously increased. Now it is time to also strengthen the in-house workforce. After several restructuring measures in 1992, a total of 40 new in-house recruits are hired.

Unaffected by the nationwide recession, the expansion of TECHNOLIT GmbH continues. Start of construction of a new administrative building with room for more than 200 employees. In addition, the company is approved for the comprehensive qualification certificate as per the DSV guidelines and is now a „registered specialist welding company in accordance with DIN 18800”.

This year marks the 15th company anniversary which is celebrated by officially opening the new administrative building. As a result of the rapid growth of the company, the company site now covers more than 50.000 m2.

In 1996, TECHNOLIT GmbH is successfully audited and certified as per DIN EN ISO 9001 by Deutsche Gesellschaft zur Zertifizierung von Qualitätsmanagement-Systemen.

Introduction of the Green Dot (German: Der Grüne Punkt) licence symbol which applies to nearly all products in the chemical/technical product range. In addition, the company starts to use „new media”. The first company website with a specific colour scheme is launched and additional sales organisations are established in Belgium and Luxembourg.

1998 is the „year of investments”. In addition to a new warehouse with a modern picking system, the company also invests in a new belt conveyor system. These investments enable the fulfilment of orders in 24 or 48 hours. In addition, another sales organisation is established in Denmark.

Contrary to the nationwide staff reduction and cost-cutting trends, TECHNOLIT GmbH focuses on its ongoing expansion and reaches its highest staff number of 1.020 since the foundation of the company.

In 2001, the company successfully passes the new environmental management systems audit as per DIN EN ISO 14001:1996. Additional sales organisations are established in Sweden and in the Czech Republic.

The year 2004 marks the 25th company anniversary. More than 1.400 guests attend the festive event on 11 September. The EDP area explores new horizons. As part of the move towards a paperless office, the company invests in a new system with a digital image archiving solution.

Establishment of new sales organisations in Poland and Hungary.

Construction of another office building on the company premises in Großenlüder.

Completion of two large projects on the company premises of TECHNOLIT GmbH. First, the construction of another office building is completed. In addition, the expansion of the conveying and warehousing technology opens up additional capacities.

2009 marks the 30th company anniversary of TECHNOLIT GmbH which is celebrated by an open house event on the company premises.

On 27 October, the „Hessen-Champions 2009” award ceremony is held at the Wiesbaden Kurhaus. The TECHNOLIT group of companies achieves an outstanding 2nd place in the „Job Motor” category. The competition is divided into three categories and awards prizes to Hessian companies for outstanding achievements. The prizes are awarded by the head of government of Hesse Roland Koch, VhU President Prof. Dieter Weidemann and State Secretary for Economic Affairs Steffen Saebisch. 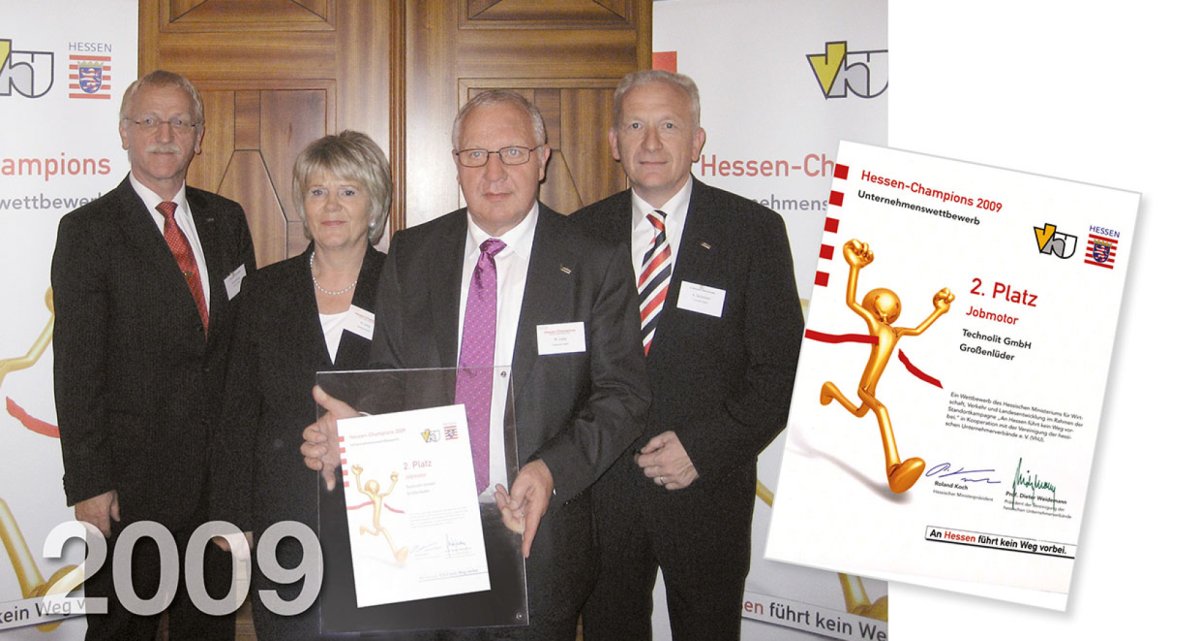 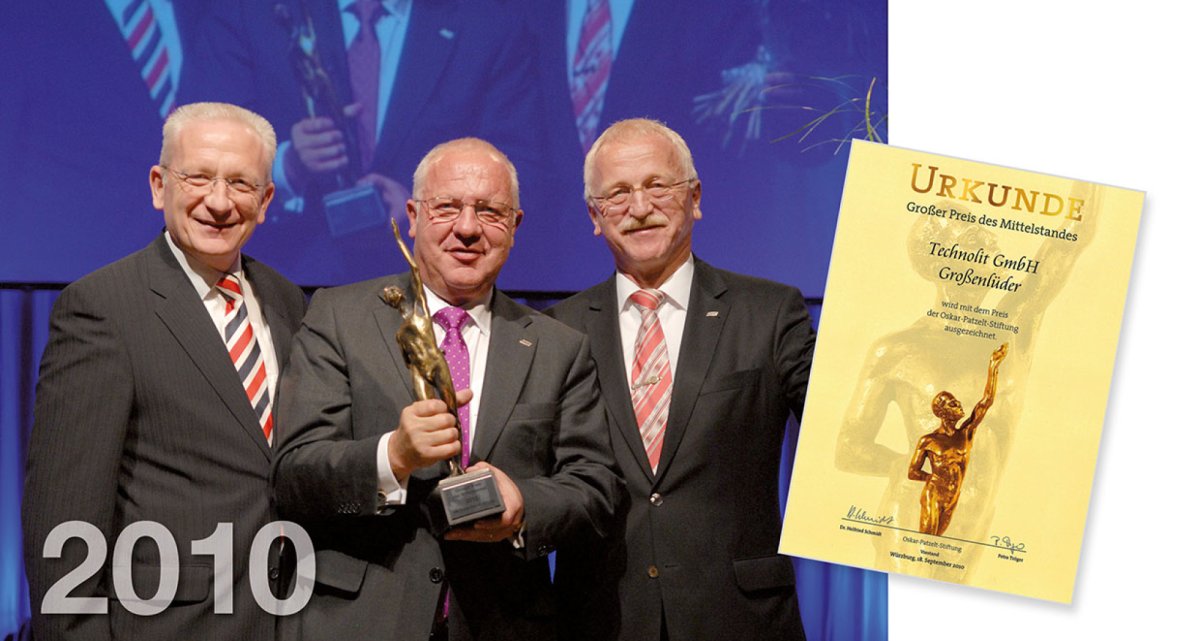 In July, TECHNOLIT GmbH is awarded the „Wachstums-Champion 2011/12” prize (growth champion 2011/12). The prize is awarded to businesses that show stronger growth than their competitors and that are willing to share their factors for success, thereby inspiring other businesses.

The award showcases the company's above-average, sustainable growth. The „Wachstums-Champion” prize is awarded by the Kalkbrenner business consultancy to inspire companies to deal strategically with "above-average growth" as a potential target and to showcase ways of achieving this.

Start of construction of another warehouse after a long planning phase to increase the logistics capacity. The new warehouse of approx. 1.200 m2 has a high-rise storage system and offers 2.500 additional pallet slots. The internal and external workforce grows to approx. 1.550 persons.

Office space expansion: A wing with offices for the central accounting department is added to the area of the new warehouse. With approx. 1.000 m2 on three floors, this new wing also provides ample space for the order processing and dialogue marketing departments. The telephone customer service centre offers new jobs and traineeships.

New investment in the logistics sector. The warehouse receives a voice-operated, computer-assisted picking system to increase the inventory turnover rate in the warehouse. TECHNOLIT implements a carbon-neutral shipping concept. More than 1.650 people work for TECHNOLIT.

TECHNOLIT remains a family owned business. In October 2016, Simone Lang, daughter of the company's founder Wilhelm Lang, takes over the strategic leadership of the entire group of companies as a managing partner. Together with Stephan Günther, spokesman of the LANGGROUP management board since October 2016, and Klaus Schönherr, managing director of TECHNOLIT and responsible for the human resources and financial sector, the new company management team will lead the financially sound group of companies on its continued growth path.

This year marks the 40th company anniversary of TECHNOLIT GmbH. 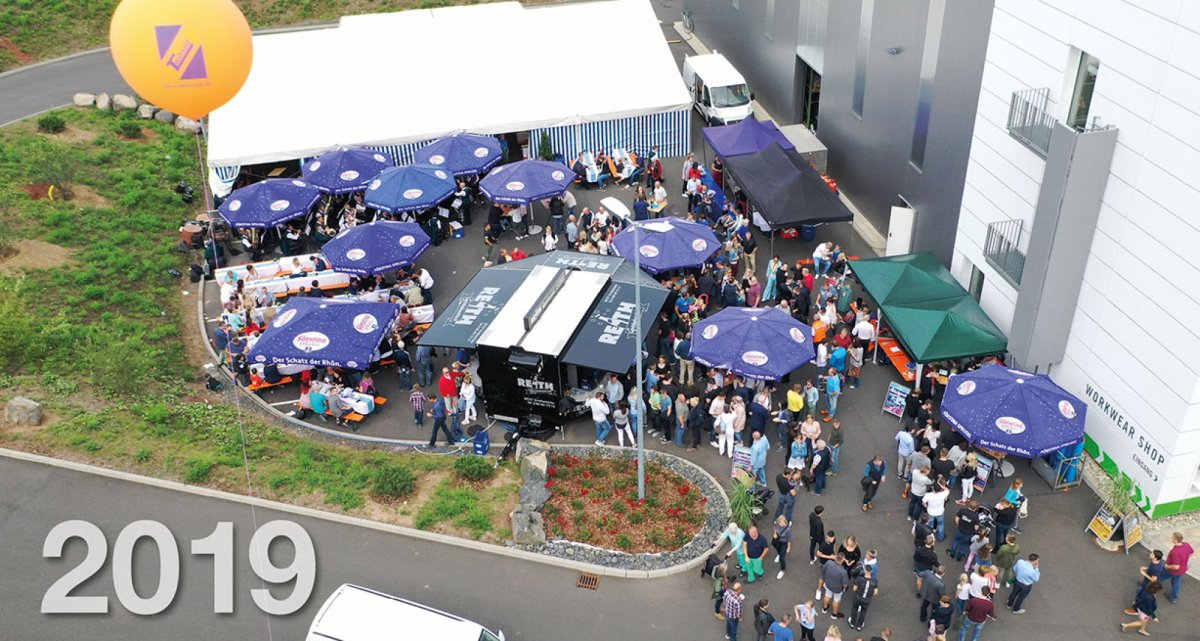 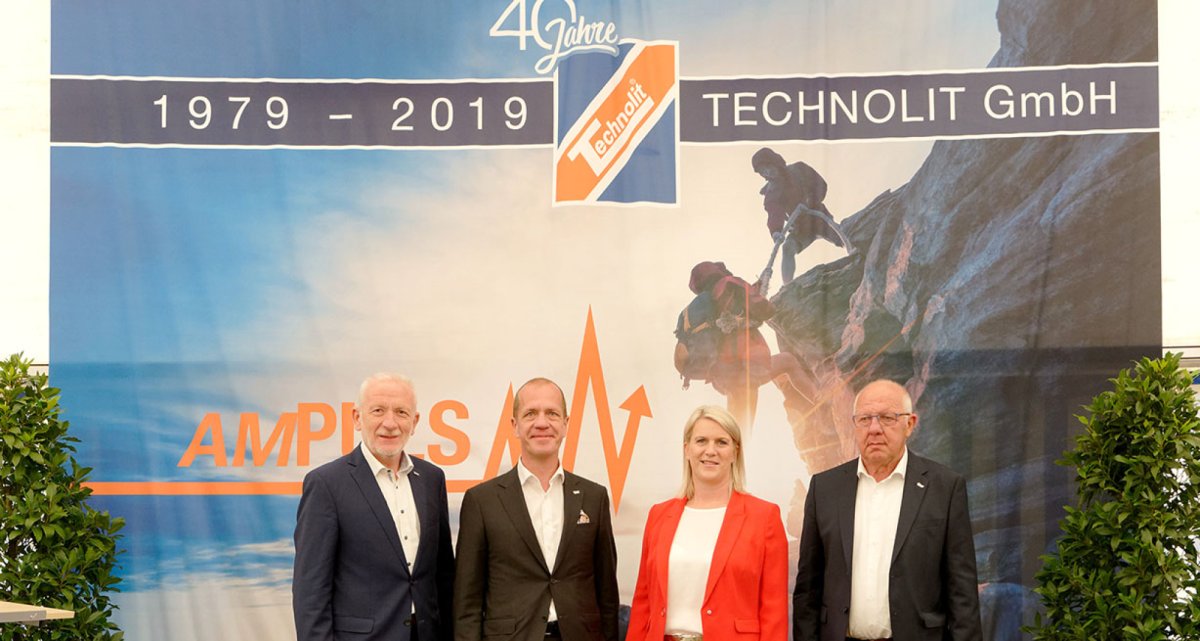 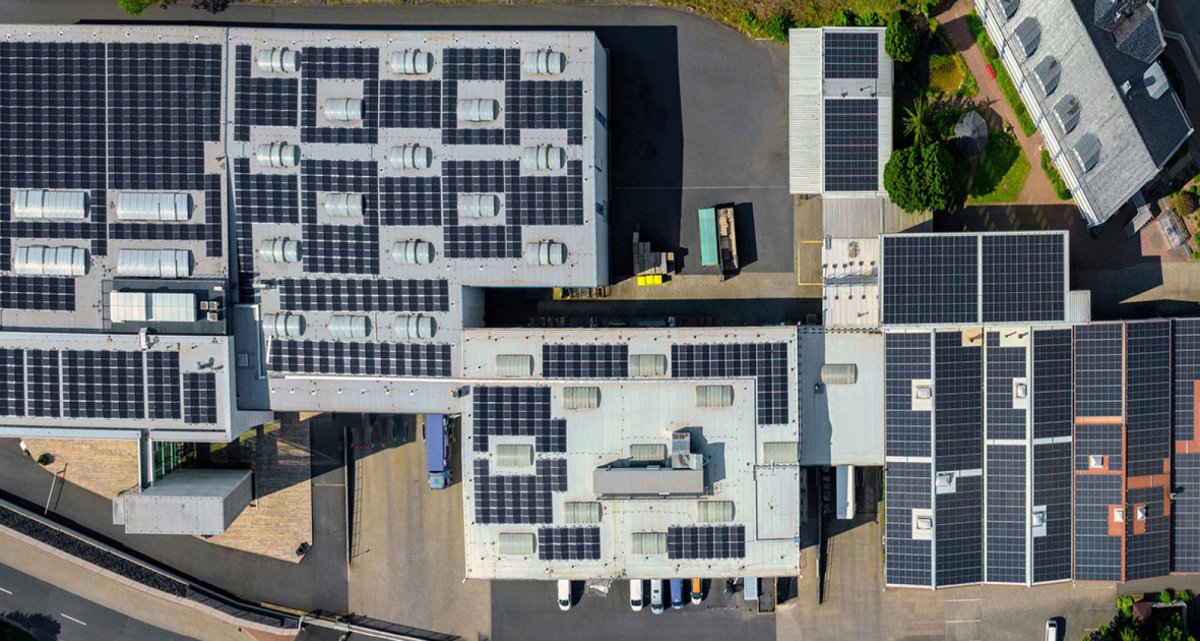 Values of
our employees

Our vision
for the future